The Second World War involved most of the population of Britain. Winston Churchill called for every man, woman and child to join the War Effort.

Before the War, men and women had very definite roles. Men went out to work and women were housewives or they worked in ‘female’ roles as shop assistants, as nurses or in domestic service. During the War all of that changed as men were called up to the armed forces or volunteered to support the Home Front taking on roles fire fighters or air raid wardens. Women also volunteered to join the armed forces but many replaced men in the workforce, taking on many different roles. 80,000 women signed up to the Land Army.

When the War started, because Britain is an island, the Government was worried about the supply of food and crops. It wanted to increase the amount of food grown in Britain and decrease the country’s reliance on imports. The Women’s Land Army worked on farms growing crops and looking after animals.

Around Lincolnshire many women worked in factories repairing bombers.

Children also had a role to play. Many were evacuated from cities to places of safety. This evacuation affected children in many ways. Some were excited about their new lives, others were traumatised by the separation from the parents. There are many human stories around life on the Home Front. In this section we explore what life was like for men, women and children at this time. 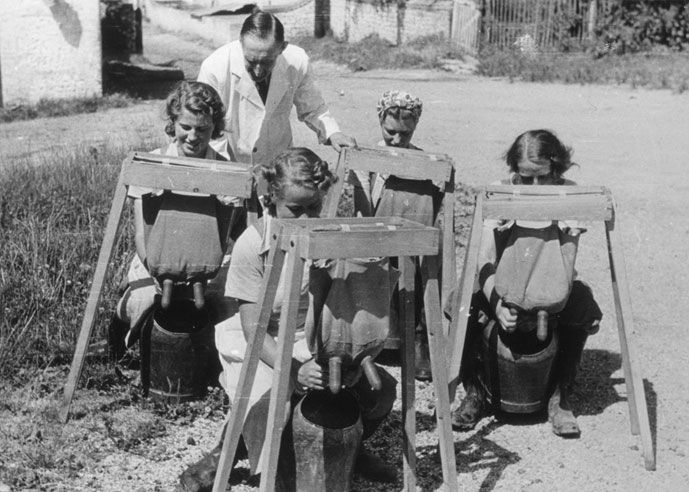 Including; activity sheets, teachers’ notes, images and presentations on Evacuees, Rationing, Wartime Posters and Working for the War Effort.